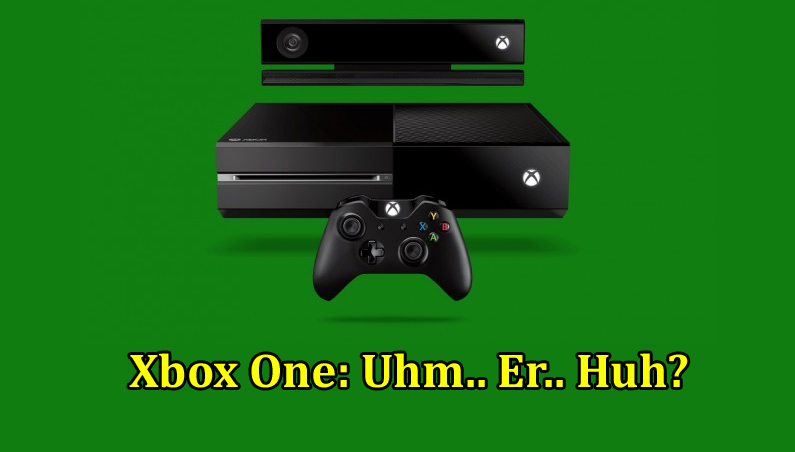 The word around the internet can have a big impact on business.  From Twitter to Facebook, that word is the voice of the consumer.  If someone makes a product and said consumer is not happy with it; then you can bet that company is going to receive much negative flak.

I really don’t think that’s what Microsoft had in mind when they released a few of the details about their newest Xbox console: Xbox One.

However.. We also see a silver lining too.  Stick with me, and I’ll explain.

What we know so far.. 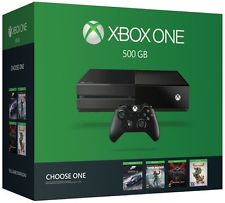 It’s called Xbox One. No release date, no price listed.  8 GB of RAM.  Octi-Core Processor.  500GB Hard Drive. Blu-Ray player WILL be there. Wi-Fi Direct built in. USB 3.0. Kinect is mandatory for this system.  It will have a 1 year long launch window and it is confirmed that there will be at least 15 game titles released during this time.

What we don’t know for sure..

While we suspect the graphics card will be a Radeon HD 7790, we have no official word to corroborate that.

Microsoft flat out stated several things (and these are the things that have caused that much negative flak mentioned earlier) that we simply don’t want to hear. 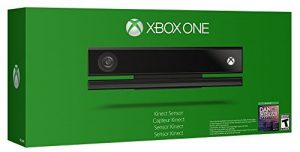 ALL games will be downloaded to the hard drive in order to play them.

Ya know.. Let me break off my brief sentences and get down and dirty here.  Let’s face it, The Xbox 360 has been out for a while.  The console is great, the games are fantastic, and the gaming community that surrounds it is dedicated and happy with the system.  What’s more exciting than rumors of a new Xbox console?  Rumors broken and facts presented of course!

On Monday, May 20th, Microsoft did just that.  They quelled the rumors and gave us flat out information about their new Xbox console.  We now know it’s called the Xbox One.  Going into the press announcement was a slew of negative rumors; everything from the system being in constant contact with the internet, Kinect being a mandatory element of the system, no more using used games (or rented games or borrowed games).  The rumors listed there are pretty scary, yet this past Monday Microsoft had a chance to put those rumors to rest and tell us all that they were false and untrue.

The fact is, all of the rumors above turned out to be true.  Sortav.

Does it really not scare anyone to know that the console will always be connected to the internet and that the Kinect eye will always be watching?  Yes, yes, my Personal Computer is also always connected; but my webcam is not always turned on (nor is it used to do any kind of interaction with my PC other than have people watch me when I want them to).  The Kinect eye IS a key element of the system, it’s what allows you to navigate the console and is always on.  It’s what allows you to say “Xbox On”; “Change Channel”, “Call Paul”.  The Kinect camera is always “listening” for you; it’s never actually off unless you unplug it from the wall.

Okay, here is a little more on the “always connected to the internet”.  It’s only going to “sortav” be always connected.  There will be some games that you can play totally offline; but game developers will have the ability to utilize Microsoft’s Azure cloud to handle some of the computing processes of the Xbox One.  Think Diablo or SimCity 4 here.   While not being specifically multiplayer games; they do require you to be connected to a server in order to play the game at all.

With that said; Xbox executive Whitten did state that he “hopes” that developers create games that utilize the online feature.  To me, that simply states that constant online connection may very well be the future of the Xbox One.

We can’t play our stockpile of Xbox 360 games on it.  This one really hurts.  A friend of mine has, literally, over 400 games for the Xbox 360.  Microsoft told us that 15 titles will be released for the Xbox One in it’s first year.  Only fifteen?  What’s more, you won’t be able to play rented games, used game that you buy at a yard sale, or even that borrowed game from your friend.  Now all games will be installed directly to the Xbox One’s Hard Drive and will be attached to your account.  Yes, you can back those game up to the Microsoft cloud (they boast to having just over 300,000 servers) in case your console gives you the Ring of Death and you have to get a new console.  But gone will be the days that let you trade games amongst your friends.

What you will be able to do is trade in your games and allow others to buy them (this will take place entirely upon the Xbox One network) – however, once sold you will no longer have access to that game on your account.  What you can do is link your game to a second account; for a less than retail fee.  THAT way you and your friends could technically still “trade” your games.

With that said; Microsoft did state that your Gamerscore will carry over from the Xbox 360 (provided you want to use the same info when setting up your Xbox One account).

Now that the negative is behind us (and it sure does seem like a lot), I want to focus on the cool elements of the Xbox One.

Bly-ray player is wicked cool.  The specs we’ve seen so far tells us this is going to be a power-house of a machine.  It’s going to be Skype compatible seeing as how Microsoft now owns Skype, and teamed up with the Kinect this will allow you to play games and have your Skype call up at the same time.

Smart Glass will allow you to use your iOS or Android device as a controller (similar as to how Nintendo’s Wii U controller works).  I’ll be VERY interested to see how much control this element will provide, can I still connect to my system when I’m miles away?

Kinect:  despite my initial rant above about it; it is very Star Trek(ish) in how we are able to communicate with the system.  I love technology and this is really a very cool feature.

Speaking of Star Trek.. Microsoft also is talking about Illumiroom.  Think about the Holo-Deck from Star Trek the Next Generation.  No, Illumiroom won’t create a total fantasy environment, but it will use a projector to provide special effects to the room you are gaming in.  This is going to be a technology unavailable for launch (as we understand it), but should be out within the Xbox One’s first year.

The controller has not changed too much, and we like that.  I’ll be the first to admit, my hands now have muscle memory for the controller.  It’s almost seamless now, and I really don’t want to learn an all new controller for the new system.  Yes, there are changes, but they are not drastic.

You will be able to control your television with the Xbox One.  I’m unclear to the full extent, but I would venture to guess If it’s something you can do with your current remote control, you ‘ll be able to do the same thing with the Xbox One.  Only now, it will be with your voice!  “Xbox, tune into Walking Dead”, yes that’s certainly something for me to get excited about!

And now the launch games:

Here is what is confirmed from Microsoft and publishers: 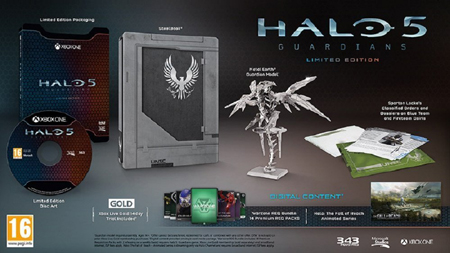 Lords of the Fallen

Those are certainly some impressive titles!  What we are unsure of, however, is exactly when these titles will be out; will they be out right along side the Xbox One console itself; or will they trickle out over it’s 1 year long launch window?  I’m sure there will be a lot more than just 15 games released; not to mention the slew of digital only games that will also be available to immediate download.

This is all the info we have, but keep in mind it’s also just one day after Microsoft provided their official press release of the new console.  I for one am very excited to see what the Xbox One is going to provide to us.