Is Godzilla a monster? Think about that for a moment. The character has been around for a long time. Godzilla is m 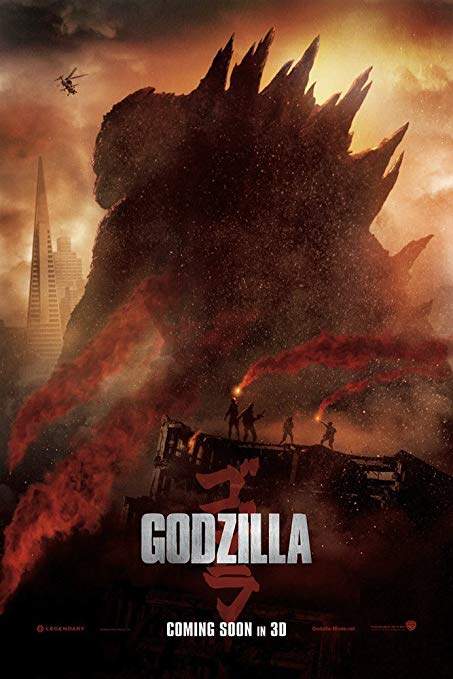 ore than a pop-cultural icon, he is a global icon. He even has a star in Hollywood! So with that in mind, would you make a movie in which that icon seeks out to destroy the planet? Would you ruin and tarnish that icon if you were to make a movie reboot about Godzilla?

That’s exactly what the writers (Max Borenstein and Dave Callaham) along with the director (Gareth Edwards) had to think about. Again, I ask you to ponder that while I go into a brief history of Godzilla…

60 years ago is when the 1st Godzilla movie came about. 1954. It was very much a political movie, something to show how nuclear weapons were a bad thing. Look at what radiation did; it created this massive lizard-monster! In that movie Godzilla rises from the water and destroys Tokyo. Keep in mind that many people at the time still had first hand knowledge of the nuclear attacks on Hiroshima and Nagasaki and Godzilla represented that. In essence, well.. let me explain it like this; Godzilla allowed them to recreate a history in which they were attacked and destroyed by a nuclear monster, a literal hulking beast from the ocean, as opposed to being attacked with military nuclear bombs.

As time moved on, Godzilla became less of a monster and more of a protector. This is when various other monsters were brought in, Godzilla would fight them then slink back into the ocean until a new monster popped up.

Now back to the 2014 Incarnation of Godzilla.

Fans of the original Godzilla movies are going to love this one. It takes several ideas from the past and mushes them together into something that I think fans are going to get a kick out of.
Go in with the knowledge of recent historical events (say.. from the last 15 years or so) and you will find a bit more to enjoy. They did some very clever writing to explain a couple of things that happened in the recent past.

Spoiler: I cannot believe.. Just kidding. I’ll give the spoiler away in the first comment after this post (so don’t read the comments if you don’t want me to give away anything).

I will say that there is massive destruction, a couple of head-scratching how-in-the-physics does that happen, moments.
I will also say that I feel that the trailer was VERY misleading (more on that in my spoiler comment below, however).

There are some slow moments. The movie clocks in at just over 2 hours in length (more on this in my spoiler comment below too) so be sure to pee before sitting down. All in all, it’s a fun ride.

Some complaints and SPOILERS:

2) Did I mention the trailer was misleading? Well, it makes it out that Bryan Cranston (of Breaking Bad fame) was going to be in the movie. He actually has all of about 9 minutes of on screen face time total. They kill him off in the 1st 30 minutes. I was rather pissed at that because he is among one of the biggest reasons I went to watch the movie!

3) Remember when I said that the trailer was misleading? Well, so is the title of the movie for that matter. Godzilla. Yeah, Godzilla is not really shown that much. What we do see is shown to us through doorways, or from behind collapsed buildings, or just a glimpse from around someone’s shoulder. Yeah, there are shots where we see Godzilla, it’s just that he is not in the movie all that much.

4) They really could have trimmed down some of the slow moving parts to this movie to make it move it abet faster. There were too many ‘I’m gonna stand here and stare at stuff’ scenes. Something that took 30 or 40 seconds when it really only needed to take 10 or 15.

Those are my nitpicks. 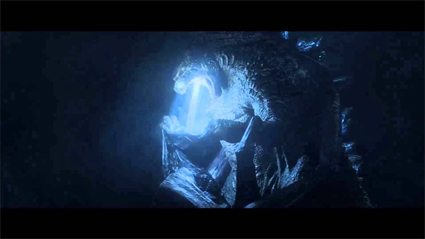 But I will say this.. That’s one way to kill a monster…