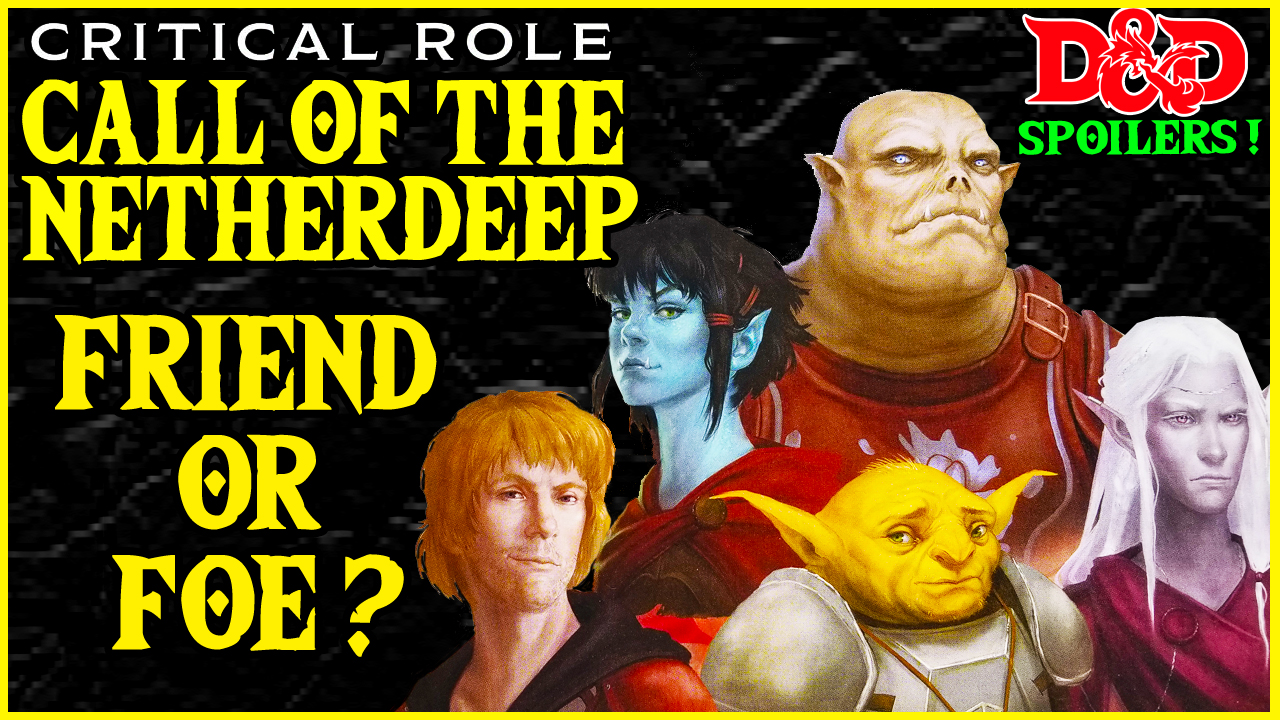 While this article is about the Rival Adventuring Party found in Call of the Netherdeep, I need to reference a couple of other things just to give it context.

GameMasters here and for those of you that watch (or watched) the Walking Dead, our heroes were Rick Grimes and his group. His Rival would have been the Governer, or Negan.. But what if we had started watching the story unfold from their point of view first? Negan probably would be the hero, with Rick and company being the Rival party.

Likewise, take a look at The Avengers and their fight against Thanos; Thanos would have been their Rival, but there are many that feel that Thanos was not wrong, making the Avengers the Rival party.

The Rival Adventure Party in Call of the Netherdeep is VERY similar. They are not bad guys, they are adventurers, just like the players, and in fact, their alignment is on par with what most player characters would be.

As a quick overview, you have the player characters, this is what YOU the player will play, YOUR character. The Rival Adventure Party is, by all accounts, just another group of adventurers but these are run 100% by the Dungeon Master. Just as you have an adventure to embark upon, so does this rival party. As you fight off foes, gather gold, find magic weapons, and gain experience, so does this rival party. In Call of the Netherdeep events unfold for the both of you, and the longer you linger in one spot, the more of an advantage the rival party will have in completing the task at hand.  Hit the video above for an in depth look at the Rival Adventure Party!