Need a Hug? Death Embrace from Call of the Netherdeep 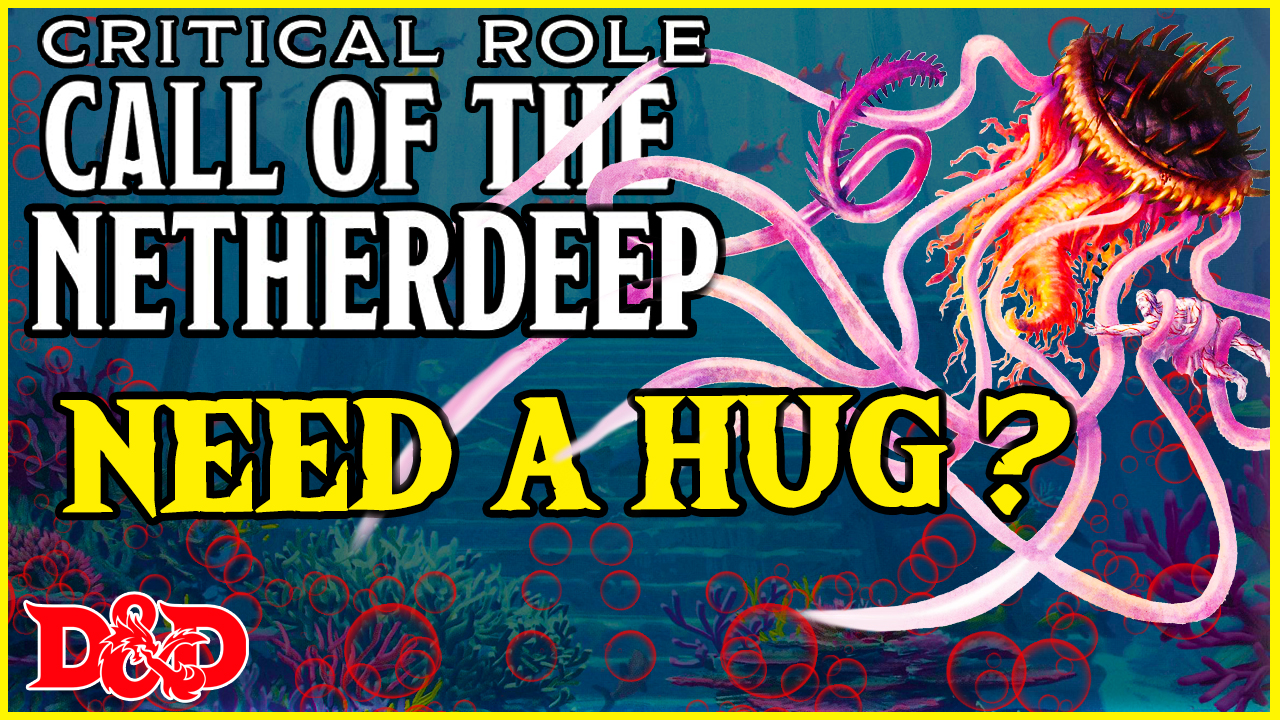 To quote Star Wars quote, or at least a rendition of a quote; that’s no island, that’s a death embrace! 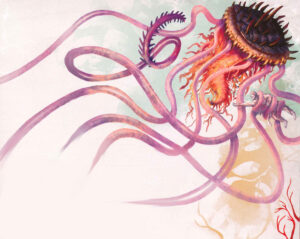 GameMasters here and today we are gonna talk, well, Death Embrace, one of the monsters found in Call of the Netherdeep.

When you find yourself cruising the waters of the Netherdeep, you are going to run across some pretty nasty aquatic dwelling creatures. Nevermind the fact that you might have to go diving in those waters, forget that fact that you might even have some magic items to help you breath in said waters, and totally ignore the fact that you have legs and arms and not fins or tentacles, there are things in these waters that just want lunch, or worse.

Death Embrace is like a massive jellyfish, but one that could easily be mistaken for a small island. It has a spiny carapace that floats on the surface, and I suppose, if one was so inclined, one might be able to climb up on top and use it as a temporary, well, island of safety, at least until this thing decided to submerge and grasp you with it’s 60 foot long tentacles.

Here’s the fun part, when it grabs you, it’s gonna petrify you and NOT eat you, instead it will just hug you with it’s tentacle and use you as kindav a.. shield to absorb other attacks from either your remaining party members or from.. eh.. larger water dwelling creatures (there’s always a bigger fish – oh, our 2nd Star Wars quote!).

So.. about that petrifying ability.. Death Embrace has Petrifying Tendrils, if you start your turn in this thing’s space, you gotta make a DC 16 constitution saving throw, if you fail, you are restrained, if you remain restrained by the end of your next turn, you gotta roll that save again, on a failed save, you are petrified. The only thing that can unpetrify you is a greater restoration spell or similar magic.
The good thing here is.. at least you don’t need to breath when petrified.

It also has Reel; at the start of it’s turn, it can pull those that it has grappled up to 20 feet closer to itself (and get this, that does not count as an action).
Death Embrace also has Water Breathing, which means it can only breath underwater (so take that as a good hint as to how you could possibly kill it).

As for Actions, it has multiattack, attacking with two of it’s tentacles which deal 2d6+6 piercing damage plus 2d10 psychic damage. It has a total of 6 tentacles which it can use to grapple one target each.

Death Embrace also has a Reaction called Body Shield; when it is hit by an attack, one creature it has grappled will take the damage instead.

Water is not a fun thing in this book, quite the challenge actually. I’m going to spend time researching in here to find any mention of a fortified boat, or something that MIGHT give the players a chance when travelling over open waters. Of course water isn’t the only danger players will face. For magic items that can help you survive in the waters (just be careful as some are corrupted) and other dangers that can be found inside Call of the Netherdeep, check out our playlist here. How would you take on a Death Embrace and it’s nasty petrifying tendrils? Let me know in the comments below and until next our paths cross.. may you get a nice warm hug…